About 60 km directly west of Bulgan city is the extinct volcano of Uran Uul and nearby Togoo Uul, now part of the 1600 hectare Uran-Togoo Tulga Uul Natural Reserve in the sum of Khutag-Ondor. Trails to the top of the relatively unimpressive volcano lead up from the west side, which also has some nice camping areas. The Uran-Togoo Tulga Uul Natural Monument is a national protected area in the Bulgan Province of Mongolia. This mountain ranks as 4th highest mountain in Bulgan province. Uran Uul is a pretty good place to break the journey to Khuvsgul. A smaller area was initially protected in 1965 by State Great Khural Resolution No.17. In 1995, it was designated as a monument by Parliament Resolution No.26 with an area of 5,800 hectares. 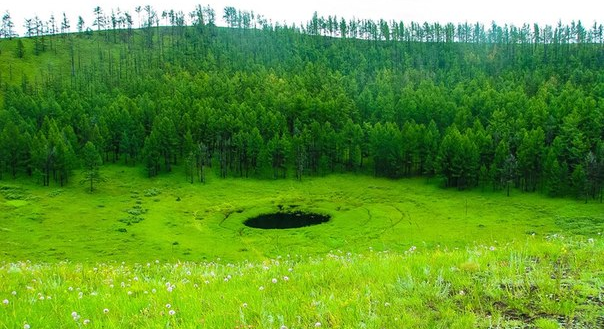