The monastery was built in 1654 by Saint Zanabazar who was a great sculptor and one of the biggest representative of Buddhism in Mongolia. The creation work temple dedicated to religious study and art works became the foundation of today's Tuvkhun Monastery. It is located on a rocky mountain hill surrounded by forests elevated in 2300 meters above sea level. In 1651, the first religious statesman Zanabazar built a small stony building. In 1648, about the time he had found what now Shankh monastery on the Shariin gol, Zanabazar noticed an unusual armchair-shaped peak among the ridges west of the Orkhon River. He soon concluded that the mountain, known as Shireet Ulaan Uul, was an auspicious spot. Upon his return in 1651 from his first trip to Tibet he had a small walled stone meditation hut built here. 1653, he visited Erdenezuu, founded by his great grandfather, and appeared before a convocation of kalkh nobility. While there he prevailed upon his followers to build temple and retreat at Shireet Ulaan Uul in his own personal use. Later it became worship where many of his famous artworks were created; including five transcendent Buddha's now located in the Zanabazar Fine Art Museum and Choijim Lama Musuem. Zanabazar also reportedly designed his Soyombo Alphabet while his residing here. During Zanabazar's lifetime retreat was called Bayasgalant Aglag Oron (Happy Secluded Place). After his death it became Tuvkhun Monastery, the name which it is known today. The small temple was heavily damaged by communists during the upheavals of the late 1930s. During the summer of 1997 extensive ceremonies were performed here and new statue of deity Gombo Makhagal (Mahakala) was placed in top of refurbished and consecrated. Several monks live at the monastery full time.The peak of where Tuvkhun is located resembles an easy chair with arm rest on either side. In the seat of the chair, several hundred meter above the base of peak to the temples. According to legend, only Zanabazar was allowed to right up to the temples. Others had to dismount at the base at base of the peak and walk up. Near the top of staircase, to the right of temples, are two wells about fifteen feet from each other. One has fresh water in it, while the other has slightly brackish water. 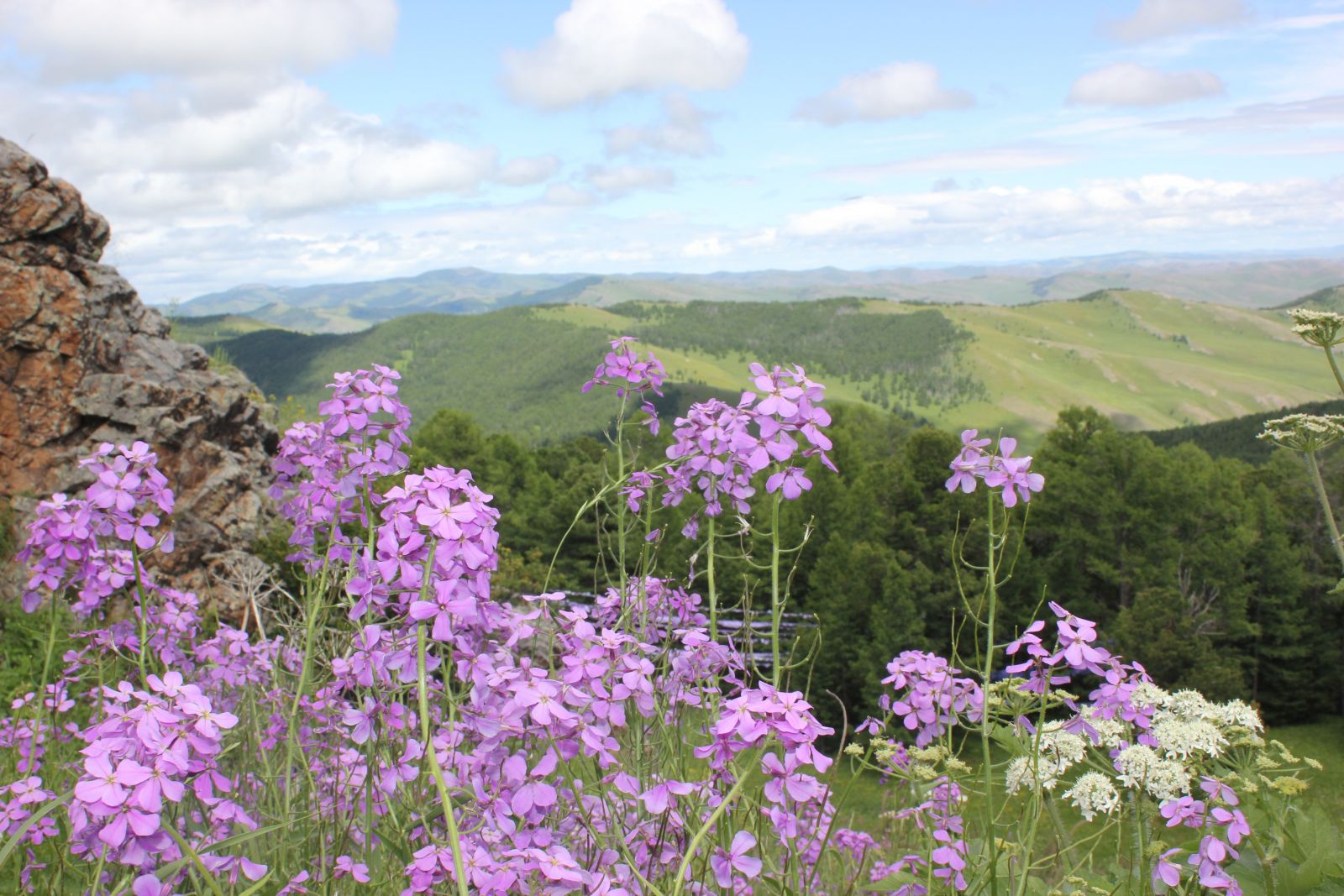