After a heavy rain the magnificent seasonal Orkhon waterfall is one of the best sights in the Central Mongolia. About 250m downstream from the waterfall, you can climb down to the bottom of the gorge; it is 22m deep and dotted with pine trees. The Orkhon river, longest river in Mongolia, begins at the state worshipped mountain Suvraga Khairkhan in the Khangai range. The drainage basin of the river is 132835sq km. The river is 10-60 m wide to begin with but it becomes 120-150m around the end and the speed of the river flow decreases. The Orkhon has many species of fish like the pike, Siberian sturgeon, taimen, asian common asp, Siberian grayling, roach etc. There are many rocks and boulders around the river as well as some waterfalls like a small waterfall with 4-5 m height and the Ulaan tsutgalan waterfall- biggest in Mongolia. The Orkhon river Valley has been protected since 2006 as a National Park. 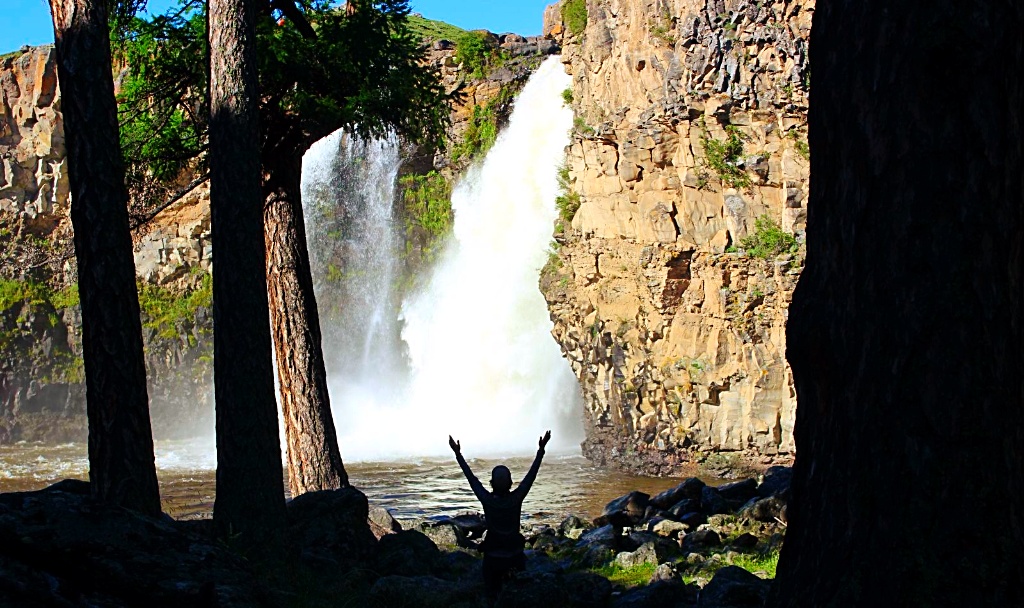