The first Buddhist monastery, Erdenezuu, was built on the ruins of Kharakorum in 1586 by the order of Abtai Sain Khan, a distant but powerful relative of Chinggis Khaan. Stone monuments, bricks and many other building materials from the ruins of Karakorum, the capital city of the Great Mongol Empire, were used in the construction of the monastery.
The monastery occupies an area of 1,600 square meters, which is exactly 10 times smaller than the original city area and is surrounded by a stone wall with 108 stupas and four gates at all sides. The Erdenezuu monastery preserves works of the Mongolian artisans, painters, sculptors, embroiders and craftsmen of 17-19th centuries.
Erdenezuu flourished, and at one point had one hundred temples and thousand lamas (Buddhist monks) in residence. During the 1930’s political purges, most of the temples were destroyed and many of the lamas were either executed or imprisoned. The temple remained closed until 1965 when it was finally permitted by the Mongolian government to reopen as a museum, not a place of worship. However, Erdenezuu would keep its former glory as a sacred place of worship for local Mongolians and serve as an important historical site for visitors. 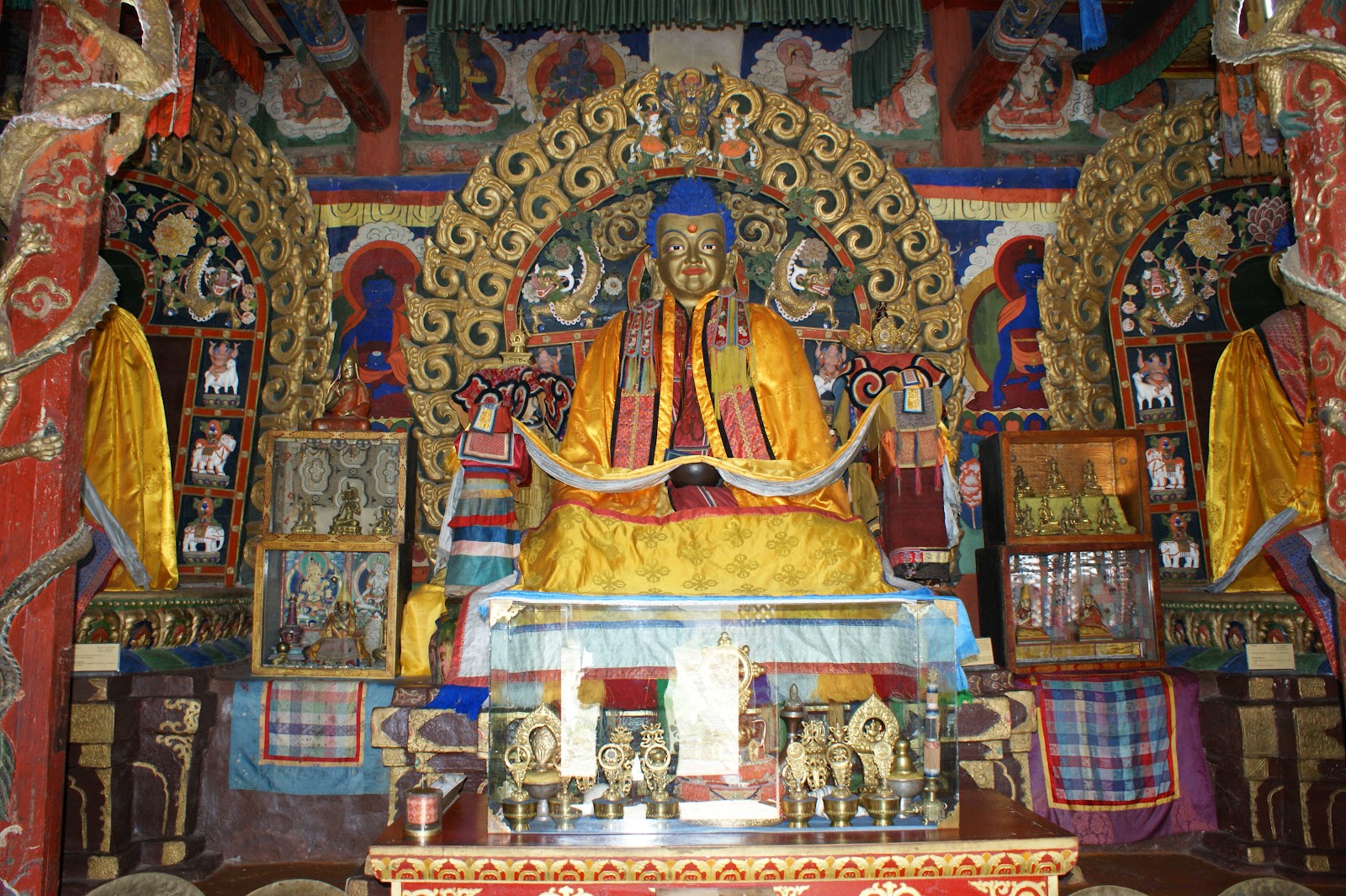