This monastery in Ömnödelger soum was first built in 1700. At its peak it was one of the three largest monasteries in Mongolia and home to 5000 lamas. Communist forces destroyed it in the 1930s. It has now been mostly restored, the main temple with splendid dragon motifs on the ceiling was renovated in 2010. Around 10 lamas are back and if you're lucky, one of them will chant a blessing over you and anoint you with water. By the main gate there's a map showing a circular walk that takes in the temple buildings, the ruins, a mountain viewpoint and Eej (Mother) Cave, which acts as a purifying place for anyone who passes through it.

The road to the monastery heads north from Khangil Nuur and goes straight over the hills; it is about 9km. A flatter but more circuitous route goes northeast from Khangil nuur.You can camp nearby, stay at the small ger camp around the corner or proceed to the Bayangol Ger Camp, 15km to the west.

About 17km past the monastery, on the way to Binder are two deer stones, which may have served as burial markers during the Bronze and Iron ages. 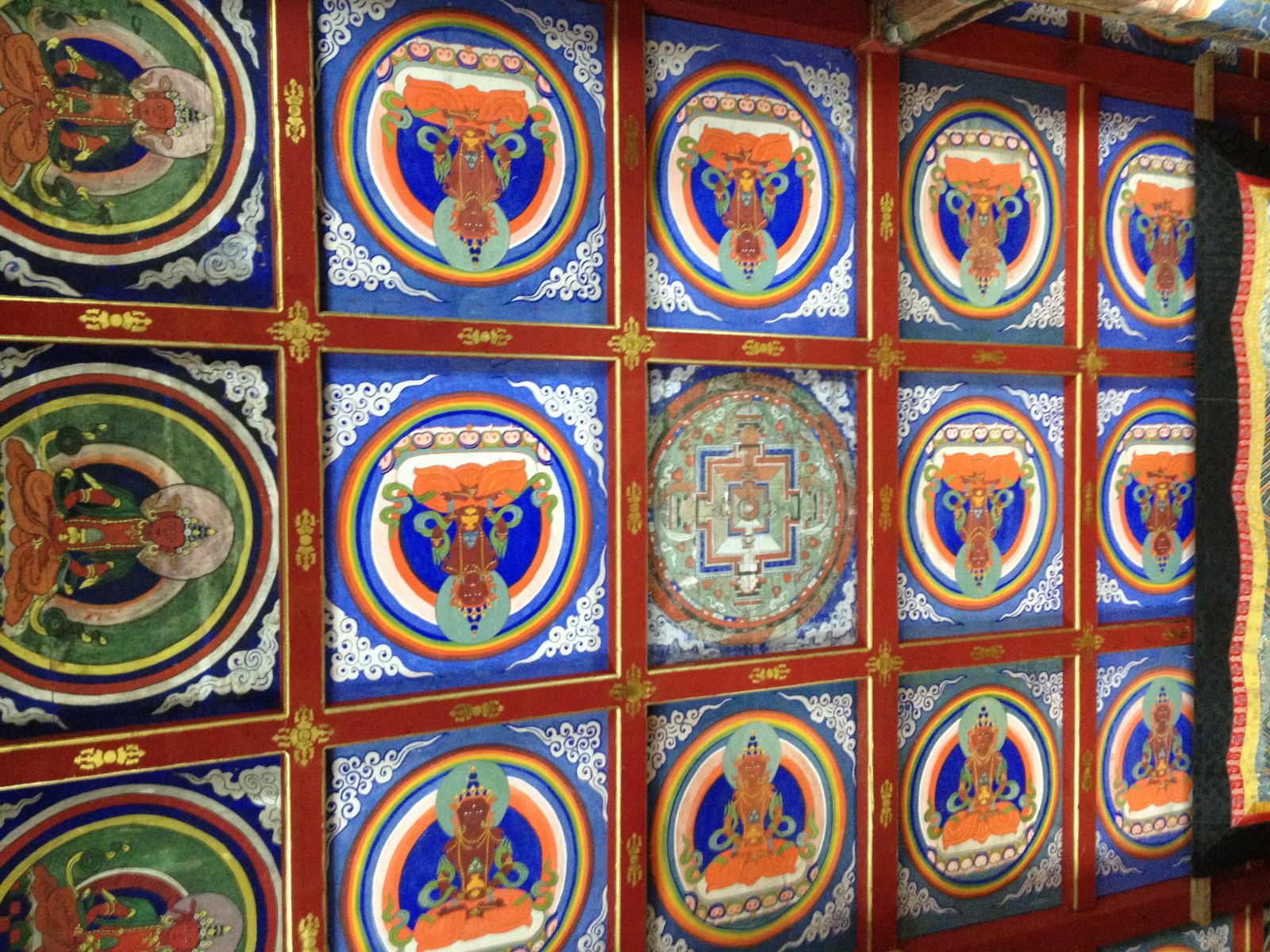